About Parkar Psychological Therapy and Consulting 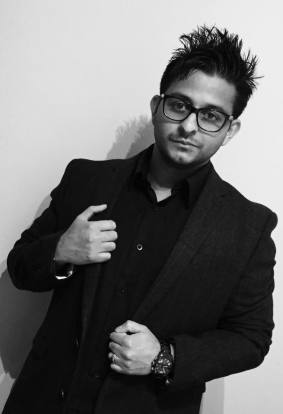 Faz Parkar is the owner and director of Parkar Psychological Therapy and Consulting. He is a qualified Cognitive Behavioural Psychotherapist and is fully accredited by the British Association of Behavioural and Cognitive Psychotherapies (BABCP). Accreditation from the BABCP means Faz has completed high quality CBT training and has shown the knowledge, skills and competencies to deliver a high standard of evidence based psychological treatment. Being accredited by the BABCP also means Faz commits to undertaking regular supervision for his clinical work, continuing his professional development by attending training and is bound by a code of conduct which ensures he works within an ethical framework, ensuring he has the best interest of clients in mind. Further information about the BABCP can be found at www.babcp.com and accreditation status can be checked and verified at www.cbtregisteruk.com. Faz Parkar is now fully qualified in EMDR Therapy also, which he completed in 2018 via EMDR Works.

He has significant experience of delivering evidence based treatments on an individual basis, as well as significant experience of running workshops and groups. Faz has undertaken further training in treatment of PTSD, including EMDR and Narrative Exposure Therapy (NET) and used to run a pre treatment stabilisation group for clients presenting with PTSD. Faz also has experience of working as part of the senior management team, where he has experience in recruitment, supervision, waiting list management, service development and strategic level thinking. Faz's previous post involved working for his local IAPT service as a Team Leader - Senior CBT Therapist / Step 2 and Trainee Coordinator. He has worked on secondment with the Oxford Academic Health Science Network as a Project Support Officer within the Anxiety and Depression clinical network, where he has worked alongside national experts within the field of IAPT. In his previous role, he delivered high intensity CBT, as well as supervising telephone triage assessments for the team and being on the risk duty rota. Faz also supervised a number of Trainee Psychological Wellbeing Practitioners and Trainee High Intensity CBT therapists. Faz was also a qualified PPiPCare Trainer and Lead for his local IAPT service. PPiPCare refers to Psychological Perspectives in Primary Care which involves delivering teaching modules to various organisations or primary care staff in order to improve their knowledge and awareness of how to recognise depression and anxiety, how to use behavioural activation for depression, problem solving skills and motivational interviewing. Faz has also guest lectured at university presenting on career progression for Psychological Wellbeing Practitioners.

At present, Faz is currently working full time in his own private practice, which he thoroughly enjoys. As a result, he often has no waiting lists and can offer people very flexible appointments.

Outside of work, Faz has a significant interest in martial arts and health and fitness. He used to train in Tae Kwon Do for over 9 years and achieved his black belt in 2008 and later went on to become a qualified Tae Kwon Do Instructor with the Tae Kwon Do Association of Great Britain (TAGB).  In 2012, Faz completed his Active IQ Level 2 Gym Instructor and Level 3 Personal Trainer Course which was recognised by the Register of Exercise Professionals (REPS). He has worked part time as a Personal Trainer in the past although now he focuses on developing his own skills in Krav Maga, which is a self defence system which originated from Israel. 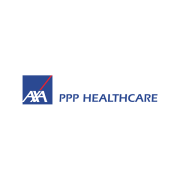 Benefits at a glance

You can reach us on: